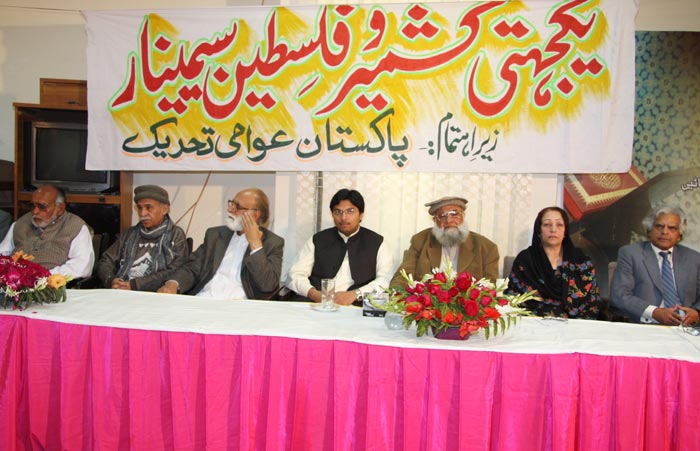 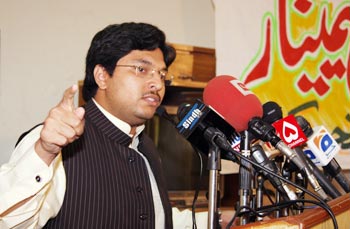 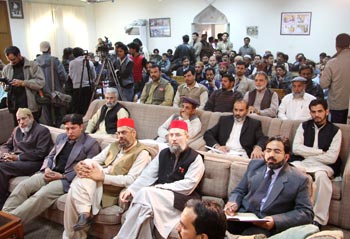 Addressing the seminar as a keynote speaker, Hussain Mohi-ud-Din Qadir said that the western powers were not serious in seeking resolution of the Kashmir dispute. The UN was well on the way of meeting similar fate like its predecessor, the League of Nations. Israel had given a message to the Palestinians through massacre of 500 children that if they dared resist, their future generations would be eliminated. Today Muslims were being subjected to the worst oppression in Kashmir, Iraq, Afghanistan, Palestine and in other parts of the world because the Muslim Umma was not united. As long as the West continued to patronize Israel, the Palestinian dispute could not be resolved. The formation of political and economic union of South Asian countries, having about half of the world's population, was not acceptable to the Westerners. 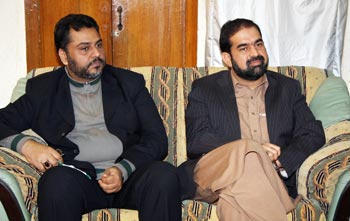 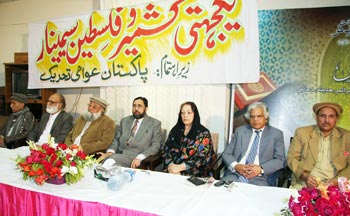 Hussain Mohi-ud-Din Qadri said that the Kashmiris were chronicling glorious chapter in the history of world through their sacrifices for right to self-determination but on the other hand, the security of Kuwait was left with the US for 90 years. How would Kashmir and Palestine issues be resolved in such circumstances? He said that Thailand drowned a ship with 900 Muslims of Burma aboard but not even a slight voice of protest was raised by any quarter of the Islamic world. He said that it was a tragedy.

Secretary General of MQI, Dr Raheeq Ahmad Abbasi, said that the Muslim world would have to formulate joint economic and political policies if they were interested in resolving the issues of Palestine and Kashmir. He said that there was a need to raise collective voice at the international forums against human rights violations through diplomatic offensive. 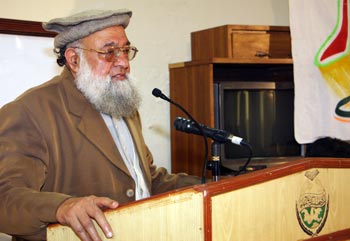 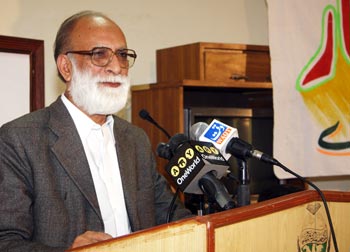 Secretary General PAT, Anwar Akhtar Advocate, said that the resolution of Kashmir and Palestine disputes was necessary for the establishment of peace in the world. UN needed to implement its pending resolutions and rein in the terrorism of Israel and India. 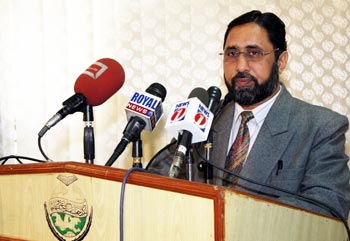 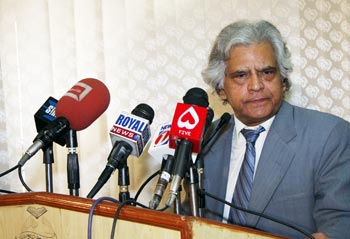 Chairman Shiya Political Party, Syed Noubahar Shah, said that Pakistan lacked effective leadership and the Umma was victim to rifts and disunity. The abilities of Dr Muhammad Tahir-ul-Qadri could come in handy for the uplift of Pakistan and Muslim Umma in such circumstances. Further weakening of Pakistan would destroy the Muslim Umma. 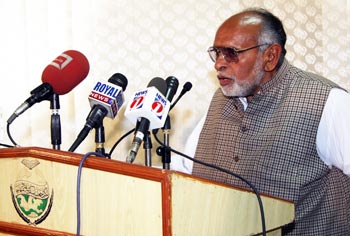 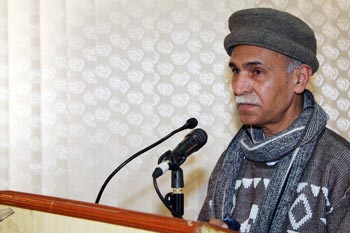 Secretary General ANP, Ehsan Wain, said in his speech that there was need to eliminate kingdoms and monarchies from the Muslim world for resolution of Kashmir and Palestine. The united Muslim world should spend their resources on empowering itself politically and economically.

Manzoor Gillani of Tehreek-e-Istiqalal questioned the contribution of those who had been collecting donations in the name of Kashmir cause. He said that the day the people of Pakistan were given their rights, Kashmir would become independent. 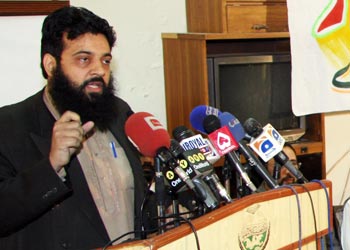 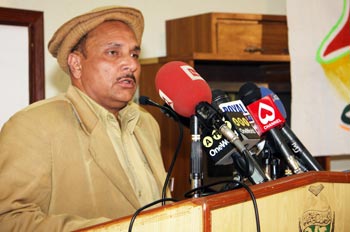 Secretary General of Jumiat Ahl-e-Hadith, Allama Ibtisaam Elahi Zaheer, said that independence of Kashmir could be achieved through unity and elimination of differences within political parties. There were mutual fights for narrow interests instead of desire to work together for Kashmir cause. The oppressed people of Palestine were looking up to the rulers of the Muslim world.

Chairman of Khakhsaar Tehreek, Hameedudin Mushriqi, said in his speech that the basic reason underlining the downfall of the Muslim world was the lack of unity. If the Muslim countries got together, only then they could free Kashmir and Palestine from the yoke of occupation. He said we would have to make the acquisition of knowledge our destination by rising above our mutual sectarian differences. 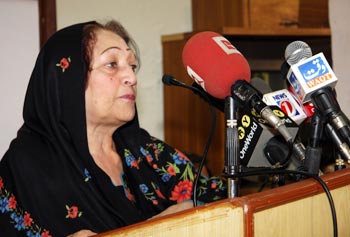 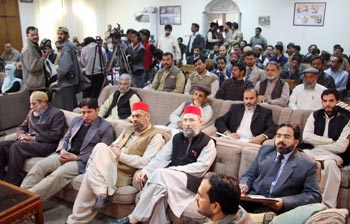 The central leader of PML, Mehnaz Rafi said that we were observing February 5 at a time when the attention of bigger powers was focused on the resolution of Kashmir issue. There was need to add dynamism to our policies. 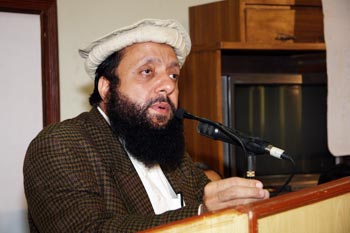 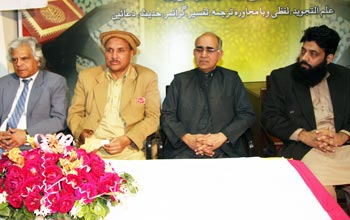 Central leader of JUI, Maulana Muhammad Amjad Khan, said that the Kashmiris should be given their basic right to self-determination. It was futile to bank entire on the UN for this purpose as it was tied to the apron-strings of the US.

The Conference adopted a unanimous resolution, which demanded of the rulers in the Muslim world that they should raise their voice jointly for the liberation of the occupied Muslims in Kashmir, Palestine and elsewhere by rising above their narrow and personal interests. 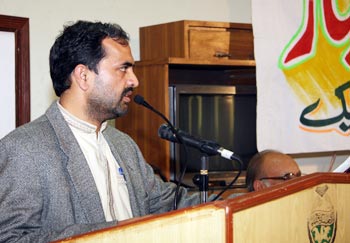 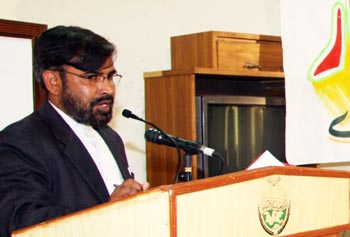