Collective Marriages of 21 Couples in Faisalabad 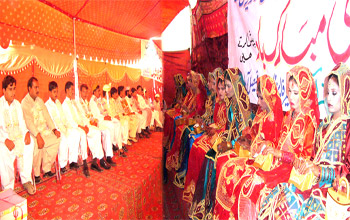 A ceremony of collective marriages of 21 couples was held on December 2, 2007 under the banner of Minhaj Welfare Foundation, Faisalabad. Nazim-e-Ala Dr Raheeq Ahmad Abbasi presided over the ceremony, while Director MWF Muhammad Aqil Malik was the chief guest at the occasion. A large number of workers of District Faisalabad and representatives of other social organizations participated in the ceremony.

'Baraats' started arriving at the venue at 11 o'clock in the morning from the far-flung underdeveloped areas of Pakistan. An army band along the entrance path into the venue welcomed the guests with beautiful music tones. The guests were received with flowers and garlands.

The venue was decorated with three beautiful stages with the middle stage specified for the guests. Separate place was allocated for the brides. Facing the stage were chairs for guests with bridal gifts put on display at their back, which included Irfan-ul-Qur`an, sewing machine, watch for groom, pedestal fan, dinner set, tea set, cutlery set, gold earrings, double bed, chairs and table, colour TV, iron, prayer mat, and other basic items of necessities of life. 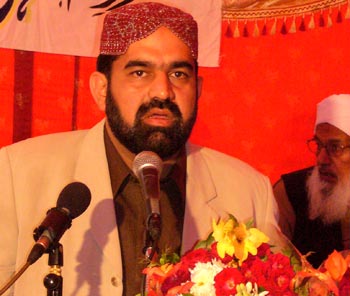 With the recitation from the Holy Qur`an the proceedings of ceremony got underway followed by solemnization of Nikah individually. Happiness was visible from the faces of those present in the ceremony. For vote of thanks and introduction of Minhaj Welfare Foundation, its Director Muhammad Aqil Malik threw light on the ongoing projects under MWF and made special mention of services rendered so far by the Foundation in the field of welfare, education and health.

Expressing his views on the occasion, Nazim-e-Ala Dr Raheeq Ahmad Abbasi appreciated the services of MWF and congratulated the whole team of Faisalabad on making the function a complete success in every respect. He said that under the dynamic and visionary leadership of Shaykh-ul-Islam Dr Muhammad Tahir-ul-Qadri MWF would continue its struggle for the cause of humanity and eliminate discrimination. He said that efforts made so far at the platform of Minhaj-ul-Quran International have given welfare of suffering humanity equally important position.

At the end of Nazim-e-Ala's speech, the brides and grooms were given bridal gifts, entertained with refreshment and seen off with prayers for their successful married life. 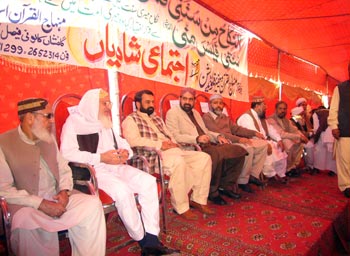 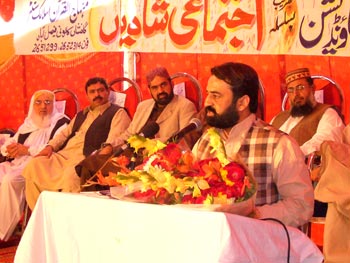 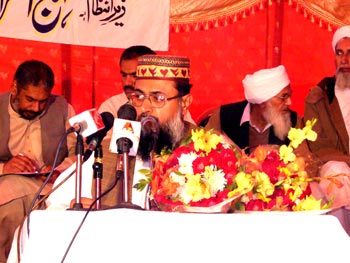 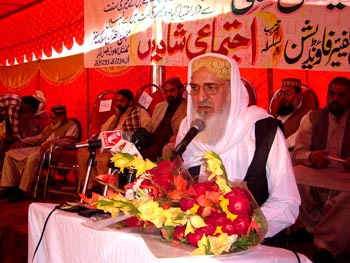 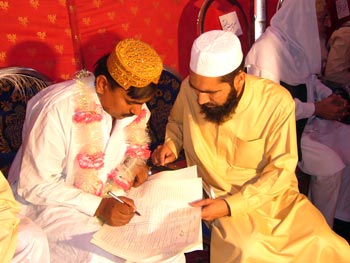 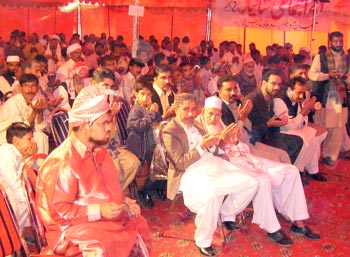 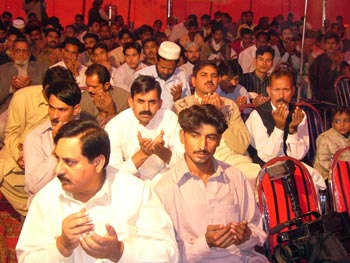 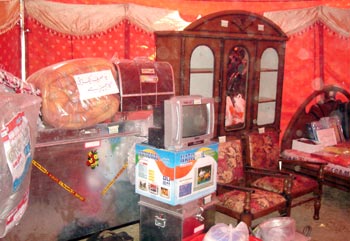 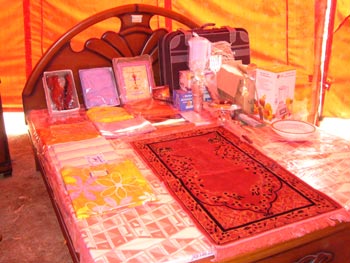