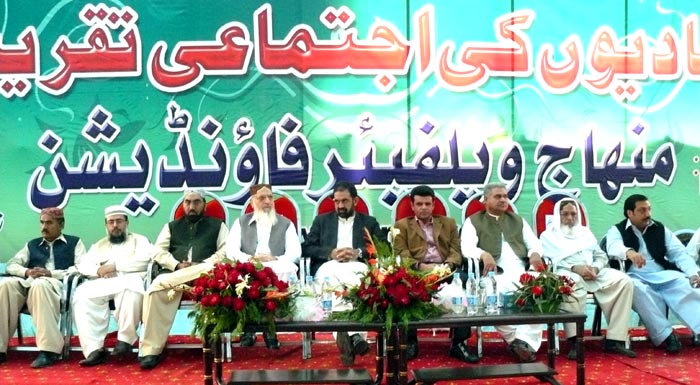 A marriage ceremony of 25 congregational marriages was held on November 15, 2009 under the banner of Minhaj Welfare Foundation, Faisalabad. The deserving couples are selected after a thorough process of investigation and MWF then makes arrangements for marriage functions plus dowry. MWF Faisalabad gifted a dowry of Rs. One lac and twenty five thousand to bride and bride groom. 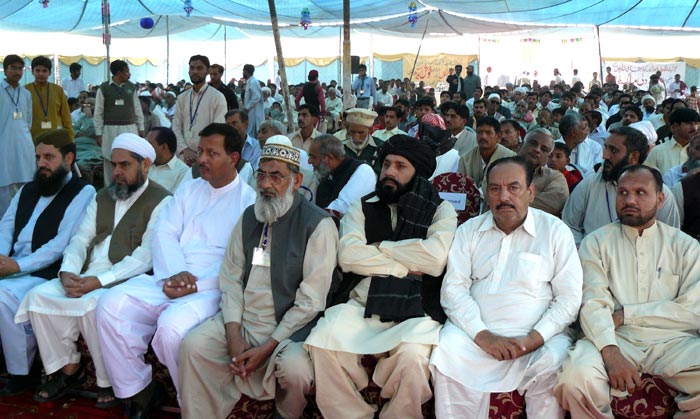 The wedding party from the groom side consisted of 5o people. The guests were seated in a vast venue where arrangements for sumptuous food were also in place. MWF rolled out a red carpet welcome for the grooms and their guests. They were garlanded on their arrivals while flower petals were showered on the guests. The leaders of Minhaj Women League received the brides on the women side. 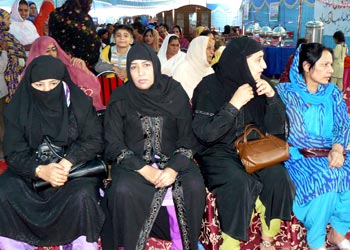 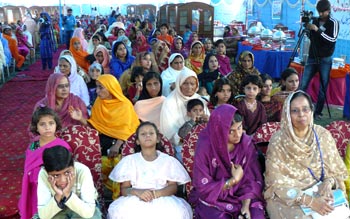 The proceedings of the marriage ceremony got underway at 10 a.m. under the chairmanship of Dr Raheeq Ahmad Abbasi; Nazim-e-Ala of MQI. Mr. Aleem Dar; Pakistani elite panel empire and the best umpire of the year 2009, was the chief guest on the occasion. Besides Haji Muhammad Akram Ansar MNA and Malik Muhammad Nawaz MPA, distinguished political and social personalities participated in the ceremony. Mian Tahir Yaqub, deputy director of MWF, Iftikhar Baig, Shafiq-ur-Rehman Saad, director of Minhaj Productions, were also present in the programme. 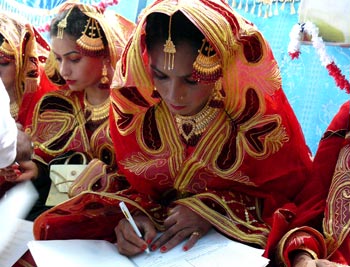 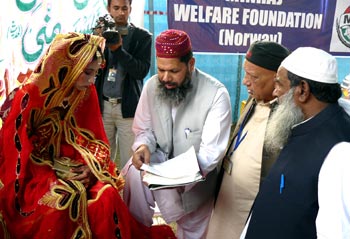 The programme got underway with the recitation of the Holy Quran followed by Naat. Qari Sarfraz Ahmad Khan solemnized the Nikah of every couple.

In his speech, Dr Raheeq Ahmad Abbasi, Nazim-e-Ala of MQI, said that MWF was working for welfare of suffering humanity in dozens of projects. He said that the parents are unable to marry off their daughters due to rampant poverty with the result that these daughters remain unmarried all their life. In these precarious circumstances, it is the responsibility of the society to come forward and help their suffering brethren. MWF was established with the sole purpose to help the needy and the poor sections of society and it had undertaken the assigned responsibilities in an appreciable manner. He told that more than 500 couples had tied the knot under the banner of MWF so far.

World renowned umpire, Aleem Dar, said in his speech that MWF deserved our collective appreciation for it made arrangements for the marriages of the poor girls and daughters. He said that Dr Muhammad Tahir-ul-Qadri is a great leader of Muslim Umma and the entire world acknowledges his social, religious and welfare services. He said that he has his devotion for Dr Muhammad Tahir-ul-Qadri and MQI and was happy to be become the part of such a privileged gathering. He also urged the affluent sections of society to take a leaf from the book of MWF and take part in such activities. 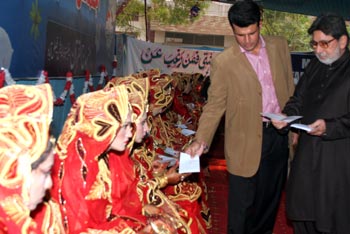 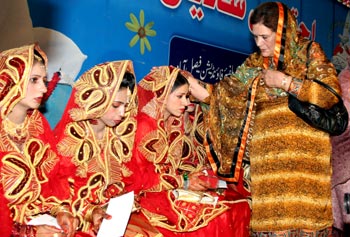 Haji Muhammad Akram Ansar MNA and Muhammad Nawaz Malik MPA said that it was unfortunate that the parents were not able to marry off their daughters for want of resources and dowries. The scourge of dowry has worried the under privileged sections of society. They congratulated MWF for making arrangements of collective marriages of 25 couples. 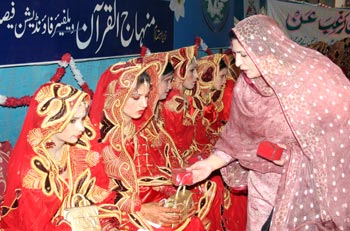 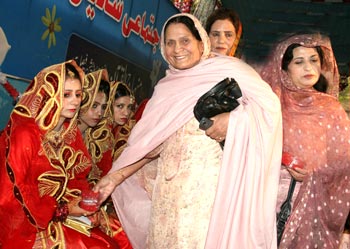