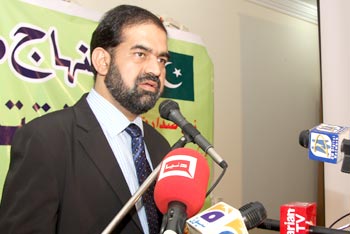 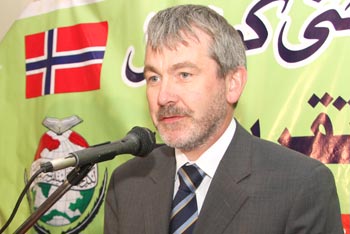 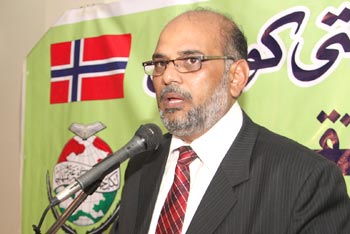 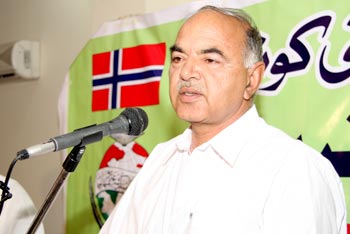 Mr. Rober Keville, Norwegian ambassador and Dr Raheeq Ahmad Abbasi jointly inaugurated the office of Minhaj Reconciliation Council, which is located in Al-Fazal Plaza on GT Road Kharian. A huge building houses the office of MRC. Ijaz Ahmad Chaudhry, MD of MRC, Zaeem Shaukat, vice president of MRC Norway and Samiya Naz were also present on the occasion. An inaugural ceremony was held in the banquet hall of a local hotel. Earlier Dr Raheeq Ahmad Abbasi welcomed His Excellency Mr. Ambassador upon his arrival in the ceremony. Small children presented him with bouquet of flowers during reception. 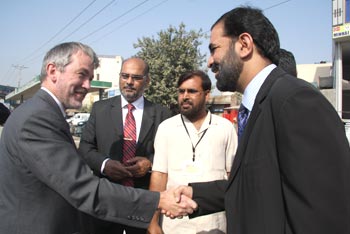 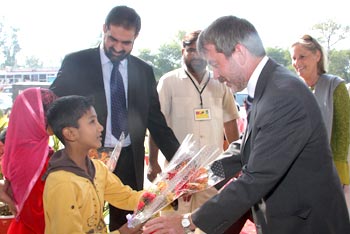 The proceedings of the ceremony got underway with recitation from the Holy Quran followed by Naat. Mian Qamar Mahmood, Aliya Akram and Iram Irfan jointly conducted the proceedings of the programme. Ijaz Ahmad Waraich, M.D. of Minhaj Reconciliation Council Europe, threw light on the aims, background and scope of operation of the Council. He told the audience that MRC was brought into being in Norway a few years ago under the leadership of Shaykh-ul-Islam Dr Muhammad Tahir-ul-Qadri. The objective behind the establishment of the forum was to provide the Pakistani community living in Norway with an arrangement, which could help them find solution to their domestic, familial and community issues and establish peace. Later on, the operations of MRC were expanded to other countries including Spain, Italy, UK, Greece and France where the experience has been quite successful. 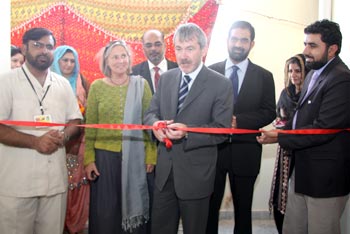 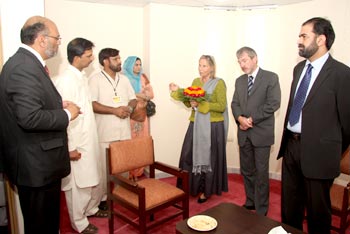 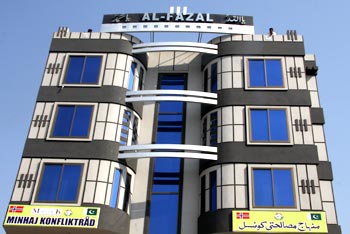 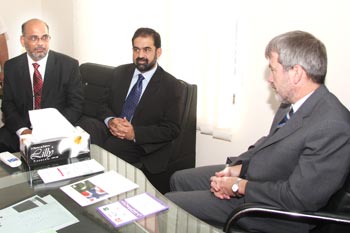 He told that the Norwegian government and the Pakistan Diaspora appreciated the initiative and encouraged MQI to establish its branches in Pakistan. He said that the pilot project was launched on the place to which majorities of Norwegian Pakistani families belong. He said that MQI was the only Islamic organization, which was conveying the real message of Islam at such a massive scale around the globe. Shaykh-ul-Islam Dr Muhammad Tahir-ul-Qadri's efforts for promotion of peace, interfaith dialogue and harmony were no secret. He asked the influential people of the area to come forward and join hands with MQI in carrying the sacred mission forward. He also thanked the Norwegian Ambassador for his participation in the programme. 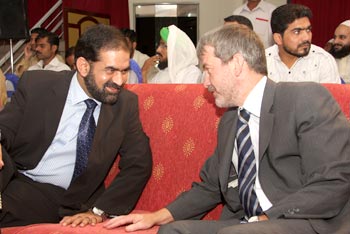 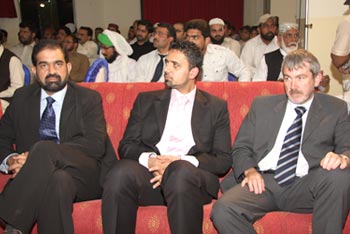 Chaudhry Tahir Zaman Qaira, PPP District president, paid glowing tribute to the leadership of Shaykh-ul-Islam Dr Muhammad Tahir-ul-Qadri and MQI for their services to humanity in diverse fields. He said that Dr Muhammad Tahir-ul-Qadri was serving Islam at global level. His contributions to the cause of peace and interfaith dialogue were recognized by all and sundry. He welcomed the establishment of local office of MRC in Kharian and hoped that the forum would deliver effective services for the community. He assured of his help and cooperation in that regard. 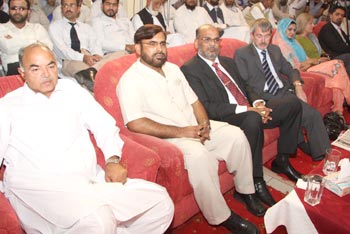 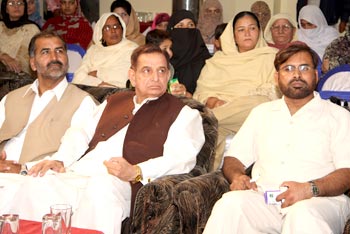 Dr Raheeq Ahmad Abbasi, Secretary General of Minhaj-ul-Quran International, said in his speech that unfortunately Islam has become one of the most misunderstood and misinterpreted religions of the world. The height of it was the fact that the followers of this great Din could not understand its teachings comprehensively and entirely. Islam laid emphasis on acquisition and promotion of knowledge and made it binding on all Muslims, both men and women, to get knowledge but the literacy ratio in the Muslim countries was pathetic to say the least. He said that Islam promoted peace, tolerance and love in the world but in some cases actions of a few so-called Muslims were quite contrary to the teachings. He said that MQI was engaged in the efforts to promote real message of Islam in the entire world. 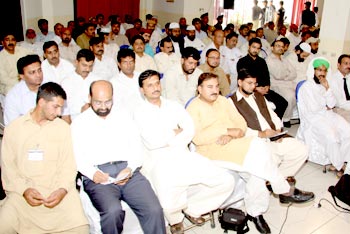 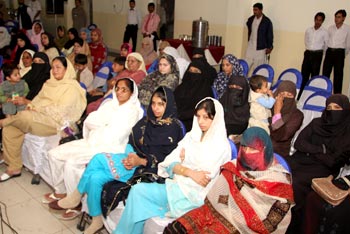 His Excellency Mr. Robert Keville said in his speech that Minhaj Reconciliation Council played effective role in the resolution of disputes, promotion of reconciliation and harmony in Norway. It served as a bridge between the Pakistani Diaspora and the government. It represented the problems, aspirations and concerns of the people to the government for affirmative action, which was quite helpful for the Norwegian government to address the community issues without any loss of time. He welcomed the establishment of local office of MRC in Kharian. He said that the relationship between Norwegian government and MRC would get strengthened in the future as well. He thanked Dr Muhammad Tahir-ul-Qadri and Mr. Ijaz Ahmad Chauhdry for spearheading such a productive venture. 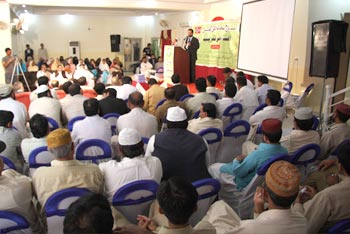 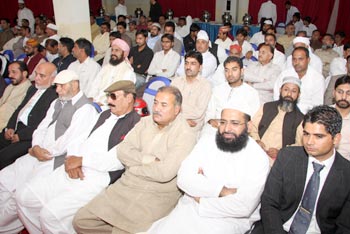 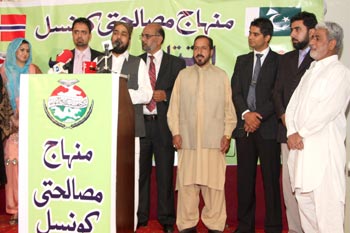 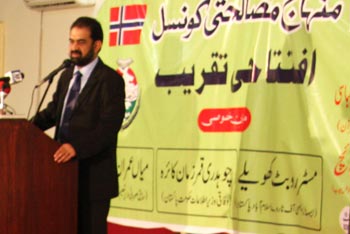 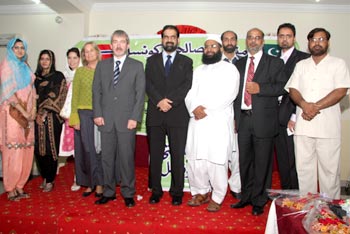 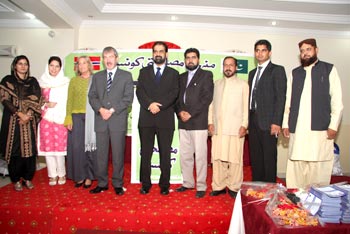 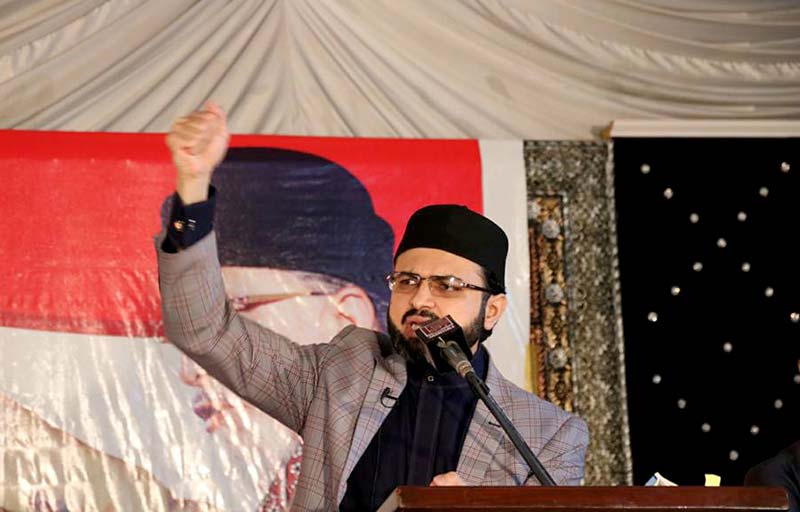 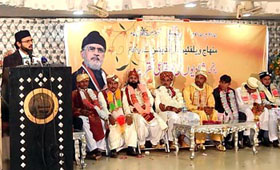 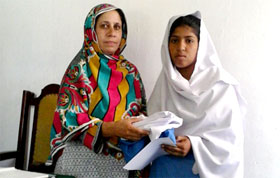 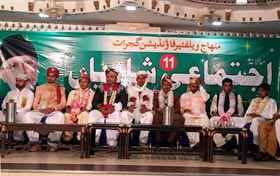 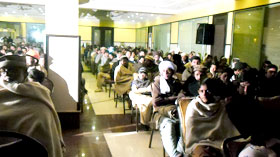