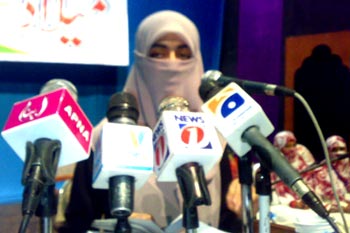 The Minhaj-ul-Quran Women League local chapter Multan organized the “Khawateen-e-Islam Conference” in Multan Art Council on May 2, 2010. The Conference was held to highlight the commendable historical role the Muslim Women have played in various eras of history and rouse an awakening among the womenfolk today and the significance of their dynamic participation in the main stream of life and contributing their bit in the emancipation of human society. Nazima Women League Miss Sumaira Rafaqat Advocate was especially invited to address the Conference.

Mohtarma Yasmin Chandani, Mohtarma Sidra Mushtaq and Nazima Women League Sumaira Rafaqat Advocate addressed the conference on the subjects related to the role of Muslim Women in the development of Muslim society.

Expressing her ideas on the subject, Miss Sumaira Rafaqat Advocate told the audience that they were the luckiest lot of the womenfolk today who were engaged in the holy struggle of the restoration of human rights under the most dynamic leadership of Shaykh-ul-Islam Dr Tahir-ul-Qadri from the platform of Minhaj-ul-Quran Women League. She held that that Shaykh-ul-Islam was day and night busy for last over thirty years to rouse the awakening among the womenfolk that woman is a legal person, enjoying equal rights with the men in the society, charged with the same responsibility the men have been assigned by Almighty Allah to perform in the world. The duty of the Muslim Umma according to the Quran is to enjoin good and forbid evil. Men have to do it everywhere in society. Women too have been given the same duty by Allah to discharge during the span of life. According to verse number 71 of Sura Tawba: 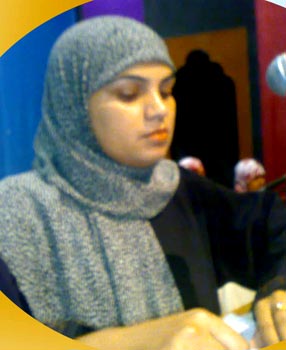 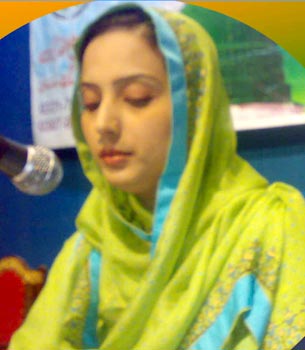 “The believers, men and women, are helpers and friends to one another. They command good and forbid evil and establish Prayer and pay Zakāt (the Alms-due) and obey Allāh and His Messenger (blessings and peace be upon him). It is they on whom Allāh will soon shower His Mercy. Surely Allāh is Almighty, Most Wise.”

This holy verse clearly defines the role women have to play and also describe the departments of life it encompasses. Establishing prayer relates to religious field, Zakat relates to financial field, obeying Allah and His Messenger refers to politics and education. She said that is what history bears testimony too. There is a long list of women who were doing executive, political, educational, religious and commercial works, and holding government appointments during the days of the Rightly Guided Caliphs, and in the later eras. Ladies were member Parliament even in the days of Hadarat Ummar Farooq (may Allah be well pleased with him). When the Caliph moved a bill in the Parliament to reduce the dower, a lady member rose and opposed the bill quoting her arguments from the Quran. The Caliph then had to withdraw the bill, paying tributes to the lady-member of the Parliament.

She spoke at length about waht womenfolk can do today and urged upon the audience to stand up and join the Minhaj-ul-Quran Women League in its struggle to restore to the ladies their lost historical prestige and dignity. Her ideas were greatly admired and the participants accorded her a standing volition.

Later, Nazima Women League met all the influential ladies participating in the meeting, introduced them to MWL and welcomed them on their joining the session. She also appreciated and congratulated the Multan chapter of WL on organizing a successful conference on this subject and assured the team of her full cooperation in holding such activities.