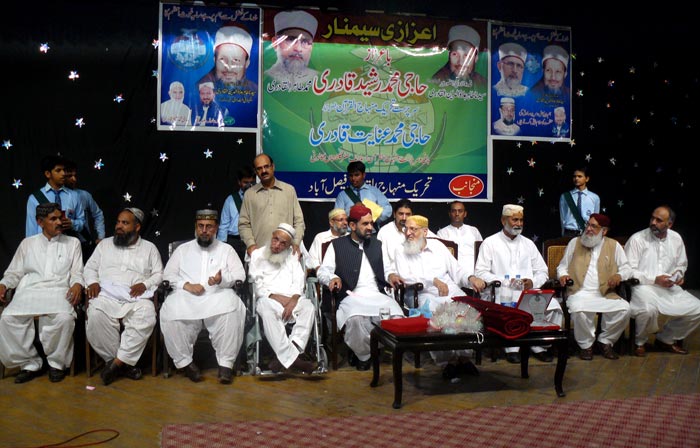 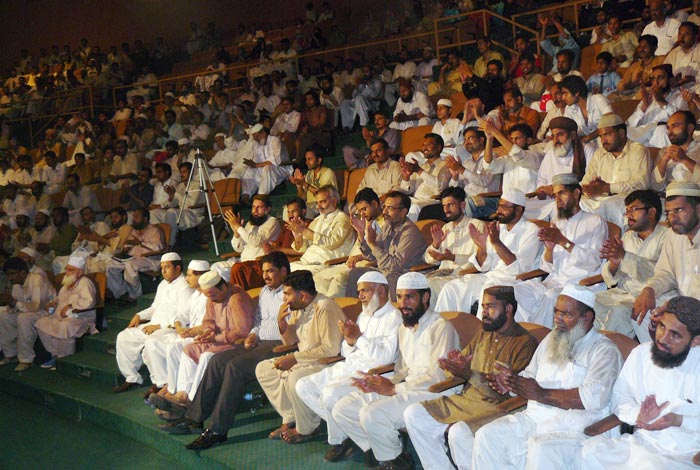 Speaking on the occasion, Dr Raheeq Ahmad Abbasi said that the workers of MQI are the champions of love, peace and harmony in the world. They are working for the promotion of these values across continents, he added. Dr Abbasi stated that morality, knowledge and love are the weapons of MQI’s workers whose mission is to spread the universal message of Islam for elimination of terrorism and extremism. He asked the workers to make this duty their top priority.

In his speech, Ahmad Nawaz Anjum said that MQI is the biggest movement of the Muslim world thanks to its organized organizational network and its services are being acknowledged globally. 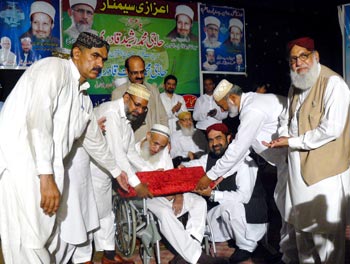 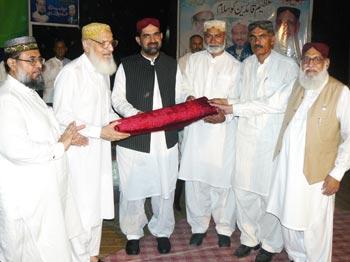 Syed Haydat Rasool Qadri, Amir of MQI Faisalabad, said that Haji Rasheed Qadri and Haji Inayat Qadri are assets for MQI Faisalabad. He said that the workers of MQI hold them in high esteem. The real status of any person in society, he added, is determined by the strength of character and not worldly possessions. He said that scholarly services of both people are beacon of light for the workers. Both respected guests were honoured with shields at the end. The event was a great success and got phenomenal coverage.