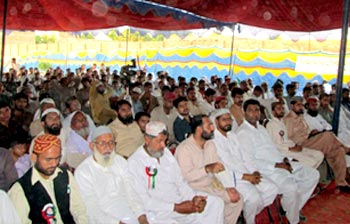 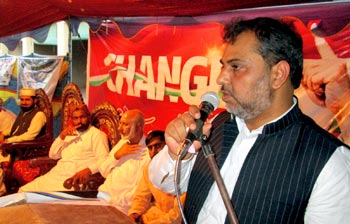 Addressing the Workers Convention in Lodhran on September 13, PAT President Sheikh Zahid Fayyaz has said that Dr Tahir-ul-Qadri will soon lead a democratic and peaceful movement for change in the electoral system. He said that the entire nation was witness to the outcome of elections wherein the same political horses, families and parties were elected to national and provincial assemblies that had been holding sway in one way or the other, adding that those who contested elections on the slogan of change were also crying foul over the electoral outcome. He said that Dr Tahir-ul-Qadri had exposed the reality of corrupt electoral system and concerned ‘stakeholders’ well before the May elections.

PAT President said that PAT had given time to the current government to deliver and resolve people’s problems otherwise they should remember that they would meet the same fate as their predecessors. He said that we were entering phase two of our struggle, further saying that new membership campaign was underway to elicit the support of 10 million new members. He said that MQI’s struggle had been peaceful since its inception and would continue to be so in times to come. 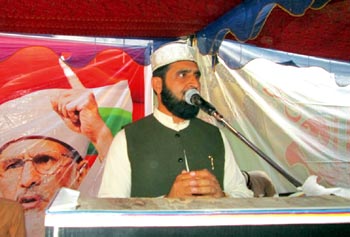 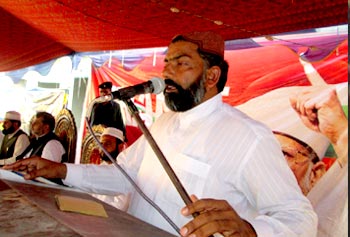 In his address on the occasion, Mufti Irshad Hussain Saeedi, General Secretary of MQI (Multan Zone), said that clash between the forces of truth and falsehood had been taking place since the birth of Hazrat Adam (AS). He said that the forces of darkness and status quo would fight with the forces of truth in every age. Referring to history, he said that there had been a clash between Hazrat Adam (AS) and Satan, Hazrat Ibrahim (AS) and Namrud, Hazrat Musa (RA) and Pharaoh and the Holy Prophet (SAW) and Abu Jahal. He said that the current electoral system was the biggest culprit of the present age, which is responsible for many of the challenges we were facing as a state and society. He said that Dr Muhammad Tahir-ul-Qadri had informed the nation about the ills and shortcomings of the system in his historic speech on December 22, 2012. He said that the workers of Dr Tahir-ul-Qadri established a unique example of discipline during the Islamabad Long March and sit-in and the entire world was wonder-struck to look at the peaceful and disciplined manner in which the mega event was held.

Chaudhry Qamar Abbas, nazim of Multan zone, said in his speech that Dr Tahir-ul-Qadri had become a voice of the poor. He said that PAT and its workers were entering phase two to rid the people of oppression and exploitation. He said that the people of Multan would be in the forefront of this hugely important phase. 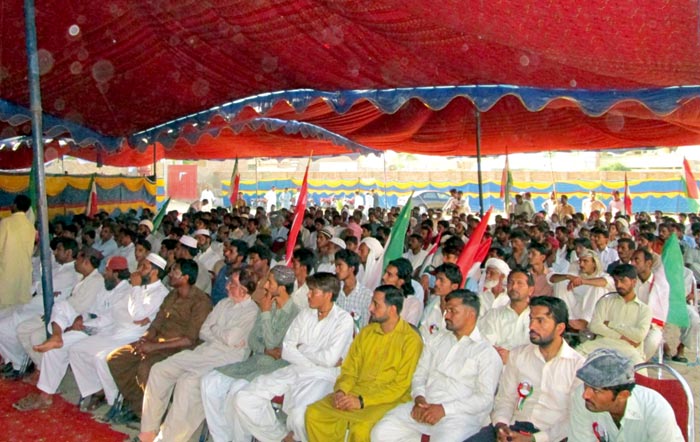 Malik Aslam Hammad, President of MQI Multan, presented the welcome address on the occasion. He told that reorganization had been completed all across District Lodhran. He said that he wanted to reassure the PAT leadership that people of Lodhran would actively participate in the phase two as they did during Long March and sit-in.

It may be pertinent to mention here that when Sheikh Zahid Fayyaz, President PAT, and other members of delegation reached Milad Chowk, they were received very warmly by hundreds of workers of PAT who threw rose petals on them. The workers from adjoining areas had also joined the reception party in addition to women. PAT workers from Jalalpur Pirwala particularly came to attend the Convention.

Qari Allah Ditta Mehrvi opened the proceedings of the Convention with the recitation from the Holy Quran followed by Naat which Saleem Qadri had the honour of presenting. Rana Muhammad Zahir conducted the proceedings of the programme. Dr Tahir-ul-Qadri’s special message was shown on a huge screen on the occasion. The workers of MSM, MYL, and MWL played their role to make the programme a resounding success. The event concluded with a special Dua for the country’s progress, and safety. 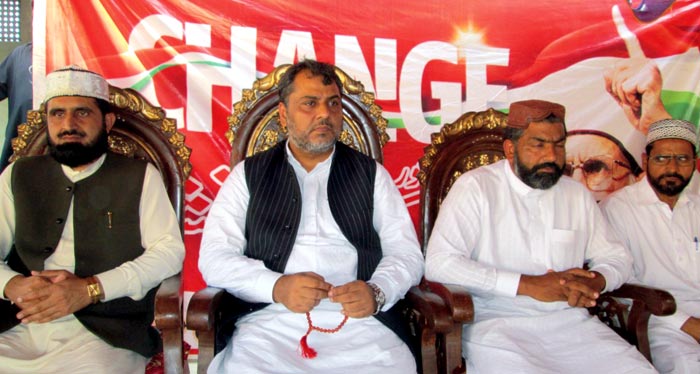 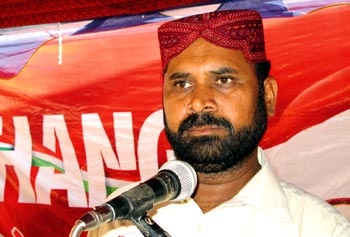 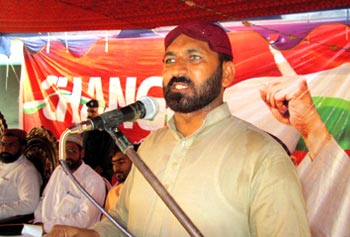 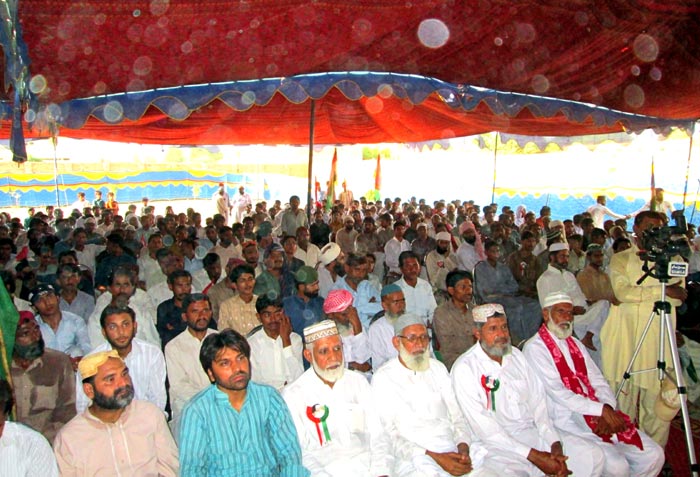 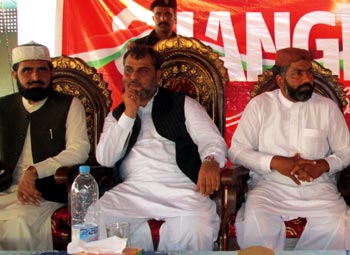 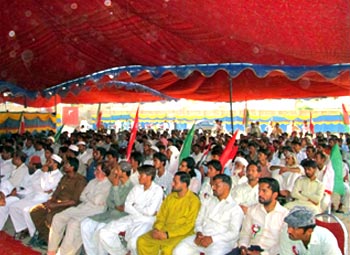 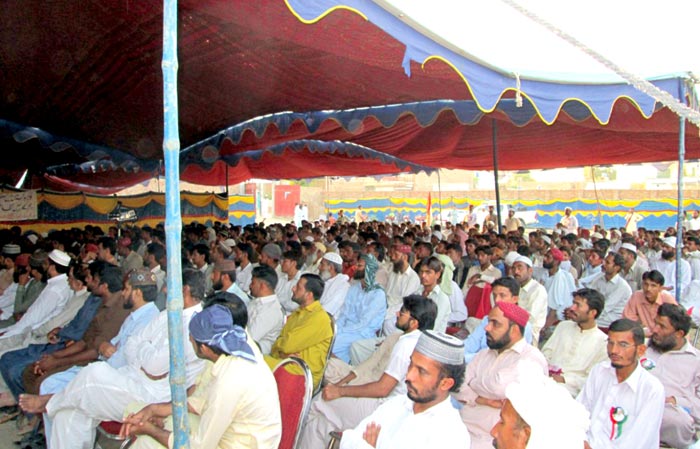 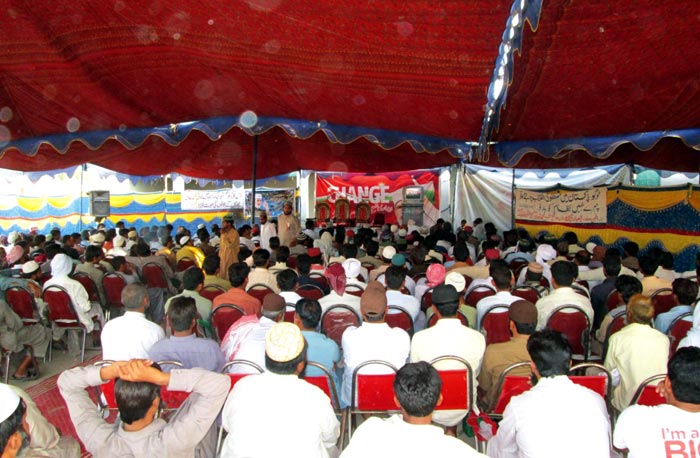