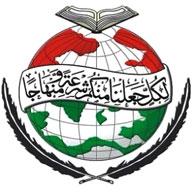 By the Grace of Almighty Allah, on 12th May 2016, Minhaj-ul-Quran International Women League South held a Southampton organisational visit.

The gathering started with the recitation of the Holy Quran by Southampton sisters. This was followed by a narration of beautiful nasheeds of the Holy Prophet (P.B.U.H) by Sister Sehrish.

Sister Rakhshanda introduced MWL South team to the gathering. Mrs Nusrat Mehmood gave an excellent speech on the blessings of holy month of Sha'aban and Ramadhan. She then described that Night of Ascension is a blessed night to ask forgiveness from Almighty Allah. She gave many related hadiths explaining the importance and preparation for Ramadhan. The speech was very inspiring.

Later Sister Rakhshanda briefly talked about the MQI membership and highlighted the importance of and guidelines for Halqath and Tajweed course and welfare.

Many participants were inspired by the event and became members of MQI, whilst numerous others wanted to become more involved in the regular activities which are happening at the local level.

At the end, meeting with current members of MWL Southampton was held by MWL South's representatives. Southampton team has numerous very active ladies with different roles and responsibilities. Also, there is a demand for more activities to be started in this area as the current ‘Halaqaat’, which started three months ago, has proved very popular.

The event was very productive and inspiring and was concluded with Salaam nad Dua, beautifully led by Mrs Nusrat Mehmood.

The audience were gifted with Shaykh-ul-Islam’s books, CD’s and DVD’s provided by Minhaj Dawah project, to enable them to continue with their learning and spiritual uplift.