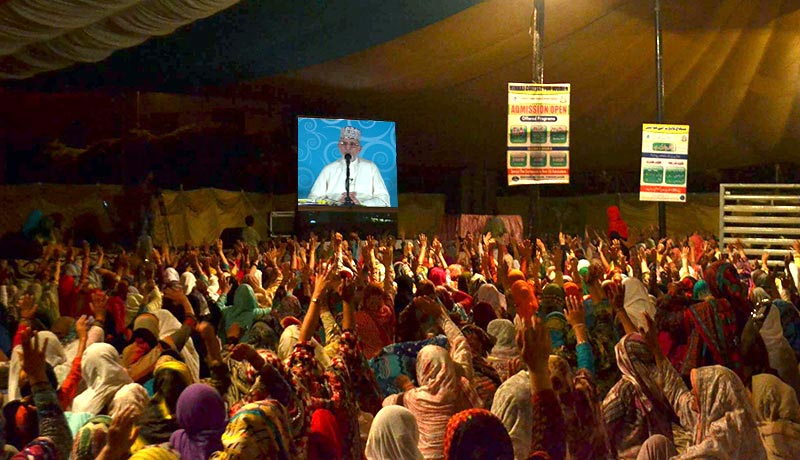 The daily schedule of women Itikaf starts at Sahr time. The Salat Committee was in action according to the schedule. They woke up the ‘mu’takifat’ for Tahajud prayers. Announcements were made on public address system in this connection. Later, the Mess committee came to the fore and served Sahri to the residents of Itikaf City. This was followed by Fajr prayer, Mahfil-e-Dhikr and Halqa-e-Durood which created a very moving spiritual environment.

The mu’takifat then had rest till 9.30 am. After getting up, they started preparing for Salat-u-Tasbih. After Salat-u-Tasbeeh, the ‘mu’takifat’ offered Zuhr prayer after which Mrs. Ghazala Hassan Qadri and Mrs. Fizza Hussain Qadri held the scheduled meetings with women league chapters from Karachi and Kashmir respectively. They discussed their working and problems and provided guidance in the light of Shaykh-ul-Islam’s instructions with regard to the working plan. They also explained to them the method they should adopt to achieve the targets of gaining numerical strength in their respective areas.

Mahfil-e-Naat was organized at 5:30 pm. The students of Minhaj Naat Council presented beautiful nasheeds and created a love-filled environment. The participants felt a state of ecstasy during the Mehfil. Ayesha Mubasher offered supplications in the end.

Now was the time for Iftaar followed by evening prayer. All the participants then offered Isha prayer in the assembly area and performed Salat Taraweeh (the Ramdan Night Vigil).

The special event of the day was lecture by Shaykh-ul-Islam Dr Muhammad Tahir-ul-Qadri. It started at 11.00 pm and ended before Sahr time. The ‘mu’takifat’ then left for their rooms for Sahru and Fajar prayers. 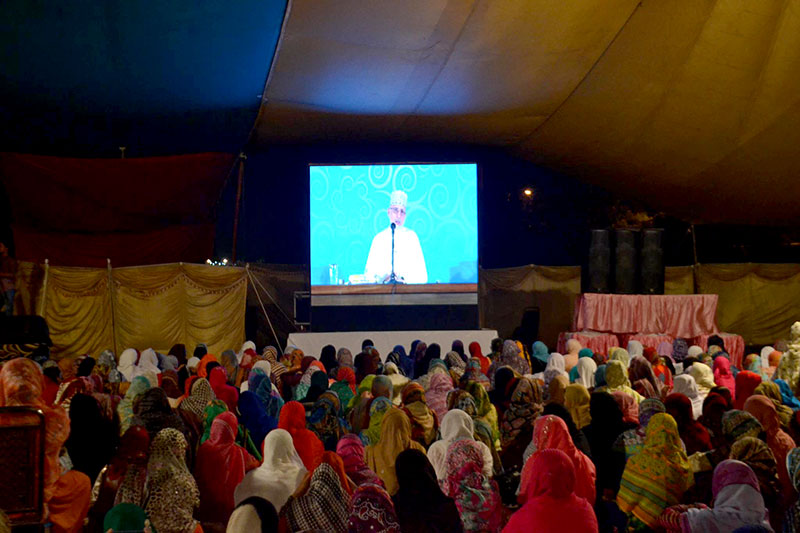 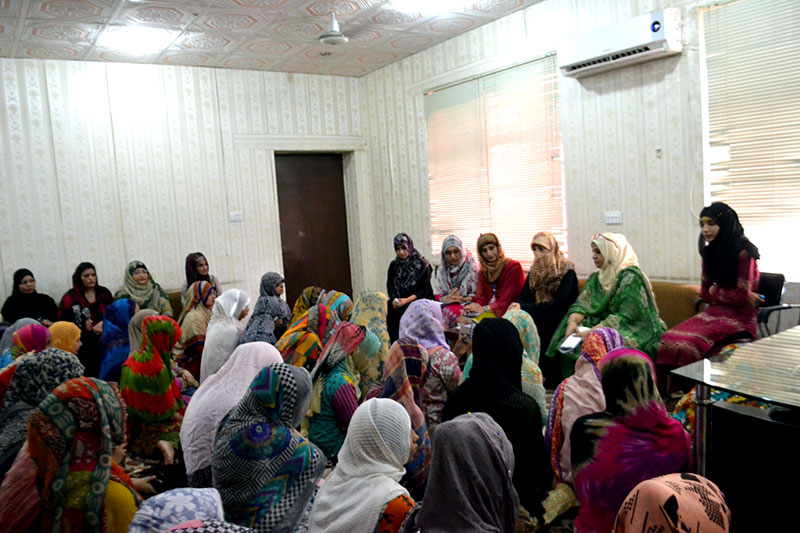 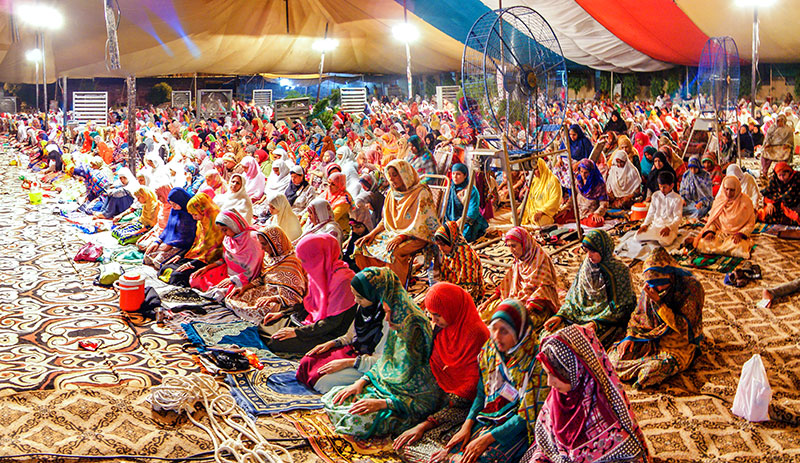