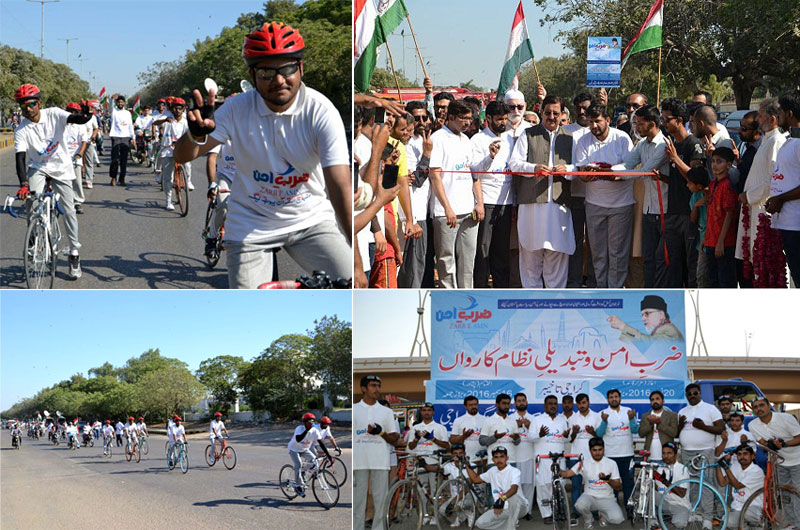 A cycle rally was launched yesterday under the banner of Minhaj Youth League (MYL). The purpose behind organizing the rally is to spread the message of peace and change of system. The people belonging to various walks of gathered at the Mazar-e-Quaid Karachi and saw off the rally with Dua. The chief guest on the occasion was PAT Secretary General Khurram Nawaz Gandapur.

The PAT General said that it is due to corruption that Pakistan’s image as Islamic, welfare and democracy polity has suffered a great deal. He warned that if corrupt politicians were not got rid of, the future of the succeeding generations will become bleak as well. He said that the living nations do not put up with the corrupt and compromised leaders for such a long period of time as is being done here in Pakistan.

The PAT leader said that whether it is Panama leaks or the news leak, the history is being written as to which personalities and institutions played their legal and moral responsibility and which characters gave legal, political and social protection to the corrupt characters. He said that both of such people will become part of the history.

MQI and PAT Karachi leaders such as Qazi Zahid Hussain, Mirza Junaid Ali, Mansoor Qasim, Fahim Ahmad and others also spoke at the ceremony. The MQI office bearers attended the ceremony and saw off the caravan of cycle from Karachi. 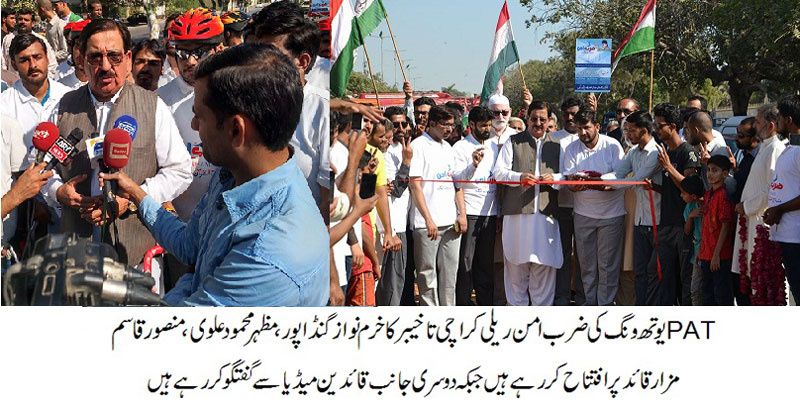 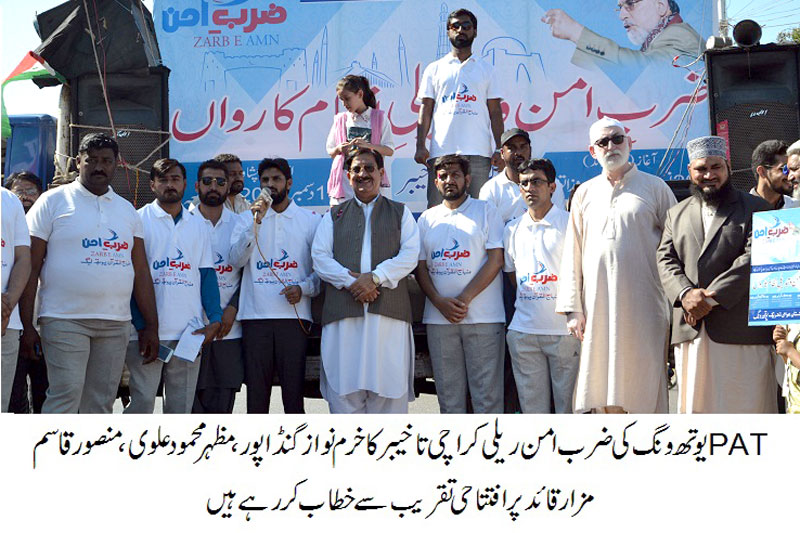 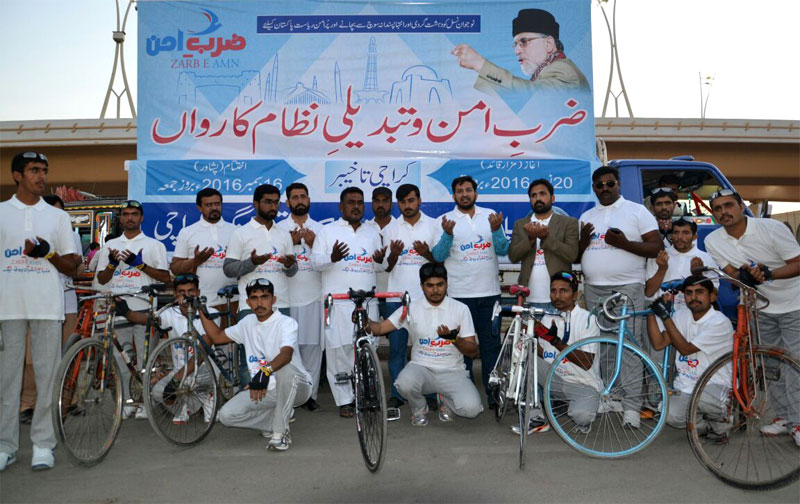 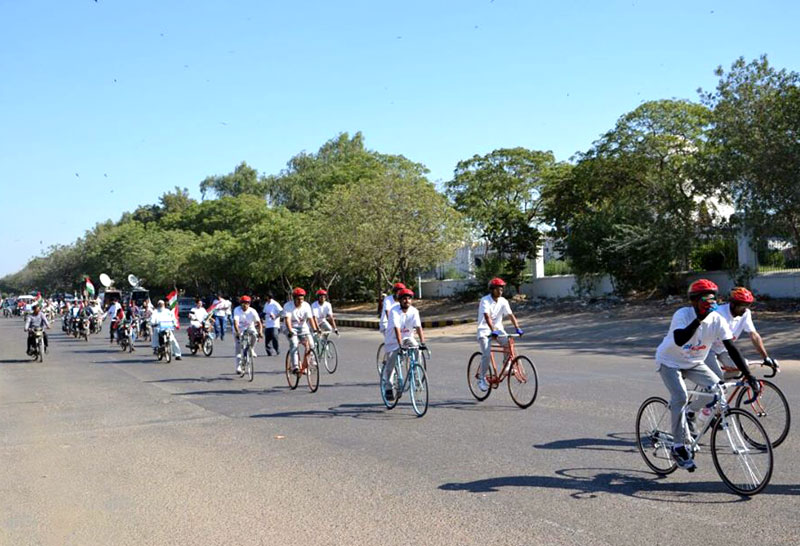