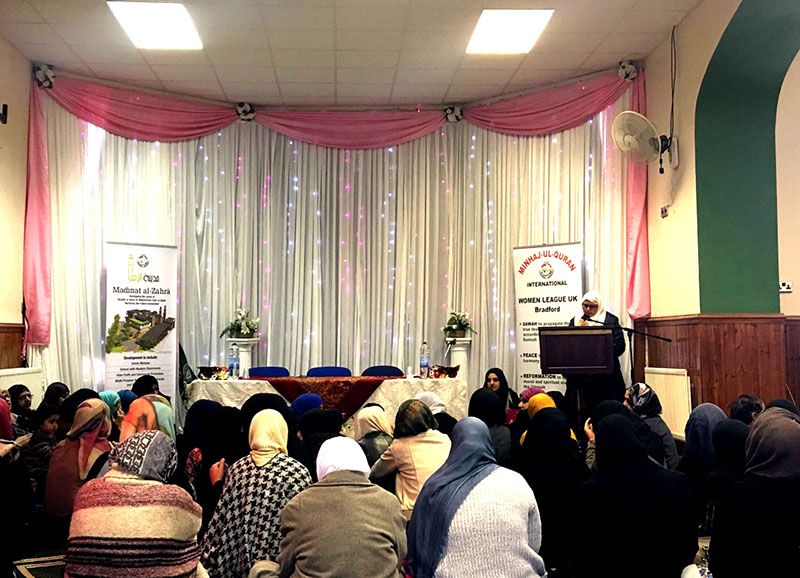 Minhaj Women League Bradford hosted a Mehfil-e-Milad at Minhaj-ul-Quran International Bradford on Saturday 24th December 2016. The blessed gathering was started by the recitation of the Quran by a young boy, Burhan, reciting Surah Kauthar in his melodious voice.

After opening with the blessed words of the Holy Quran, another young boy, Haseeb, delivered a short speech on kindness and etiquettes based on the character of our beloved Prophet Muhammad (peace and blessings be upon him) and their blessed family.

The mehfil progressed and melodious Naats were recited including ‘Chalo diyar-e-Nabi (SAW) ki janib’ before Sister Safeena delivered a short talk based on a Hadith from Al-Minhaj al-Sawi min al-Hadith al-Nabawi where the Prophet (peace and blessings be upon him) asked the Sahaba of who has the best faith, and he (peace and blessings be upon him) informed the Sahaba the best faith is that of those to come - referring to this Ummah.

Sister Rubina (President MWL Bradford) then encouraged the audience to recite alongside the reciter leading to an electrifying recitation of ‘Balaghal Ula Bi Kamalihi.’ The mehfil continued with further recitations of Naats including ‘Mein Sajda Karoon’ and ‘Jashn Sohnay De Manaiyay’ with a mixture of both elders and youngsters.

In relation to this she spoke of the time when Shaykh-ul-Islam Dr Muhammad Tahir-ul-Qadri said that very few people speak of manners and etiquettes and take matters which are unclear as having higher priority. She emphasised on the matter that we ignore the Sunnah in our daily lives which leads to difficult times in life. We must follow the Sunnah according to how our beloved Prophet Muhammad (peace and blessings be upon him) told us to in order to look after ourselves.

Sister Rubina emphasised the points Sister Akeela made in regards to morality and character with reference to previous speech given by Shaykh-ul-Islam Dr Muhammaed Tahir-ul-Qadri, before informing the audience of Bradford's Madinat al-Zahrā project and Minhaj Welfare Foundation appeals for the people of Syria in their time of need. The mehfil was concluded with Salaam and Dua. 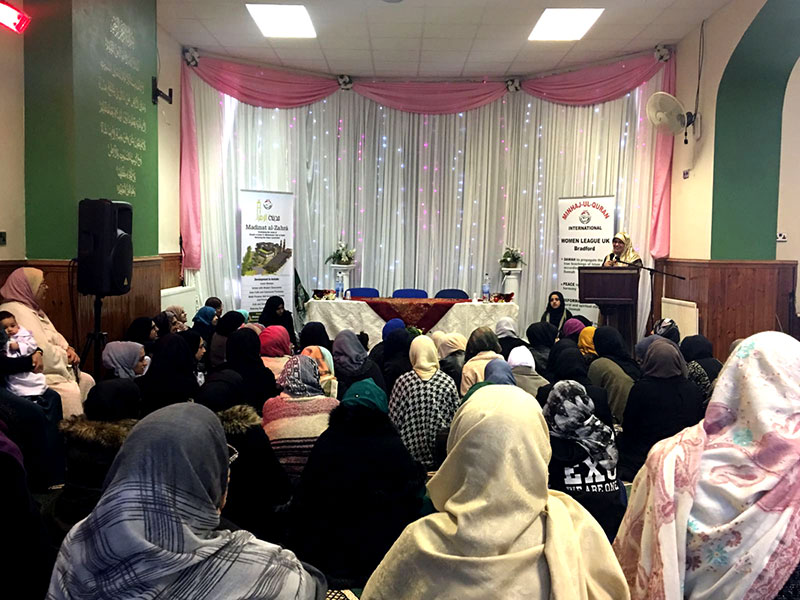 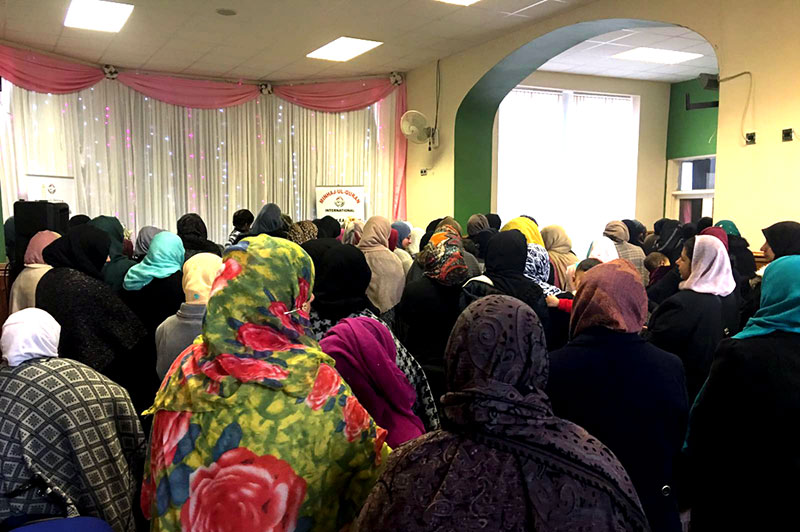 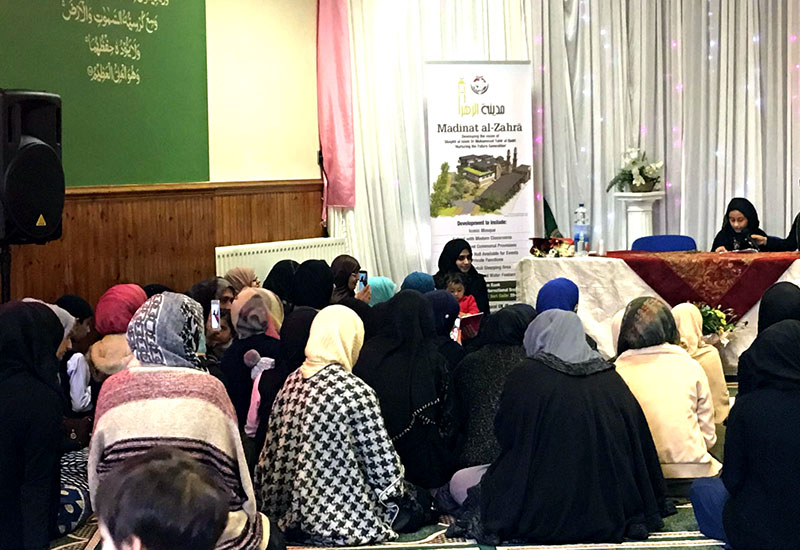 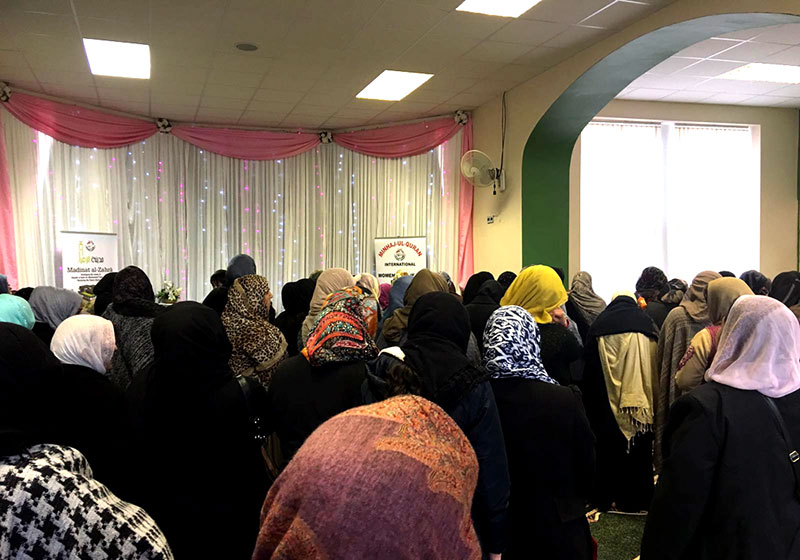 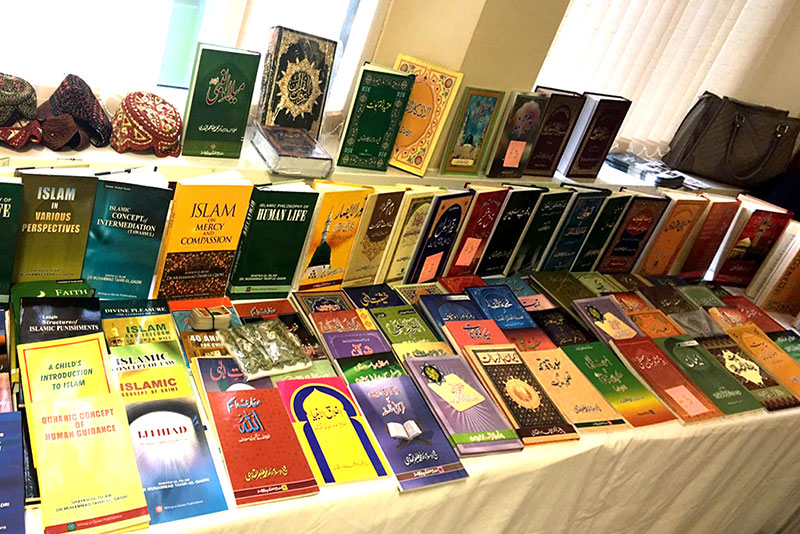