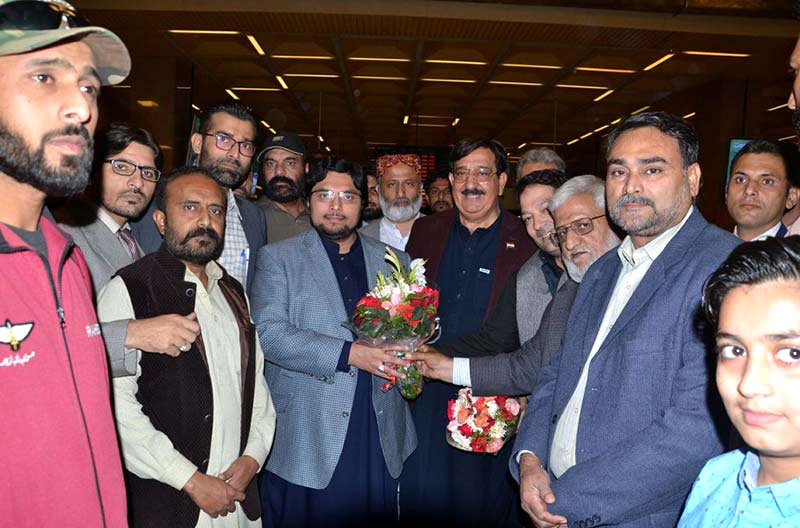 MQI President Dr Hussain Mohi-ud-Din Qadri and Secretary General Khurram Nawaz Gandapur reached Karachi on a two-day organizational tour. On arrival at the airport, they were accorded a very warm welcome by the leaders and workers of MQI Karachi.

Dr Hussain Mohi-ud-Din Qadri said that extra-judicial killing of Intezar Hussain, Naqeebullah Mehsud and Maqsood at the hands of police is a question mark on the law and order of the city. He said that non arrest of those who killed these youths in cold blood has raised many questions about the performance of law enforcement agencies. He said that the violation of law by the police departments across the country is very alarming. He said that those who left the police unbridled needs to be held to account.

Speaking on the occasion, Khurram Nawaz Gandapur said that the end of the killers involved in Model Town tragedy is near. He said that our struggle for justice has not ceased. Rather, it continues to move on. He asked the workers not to listen to conspiracy theories in this regard.