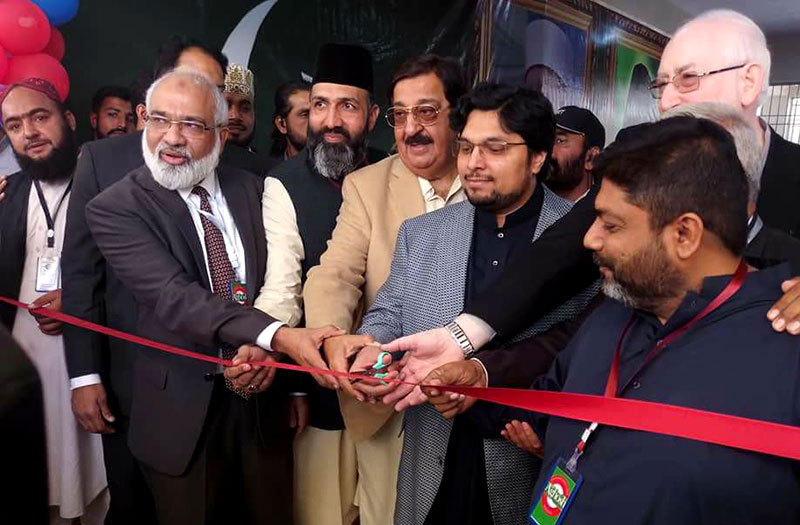 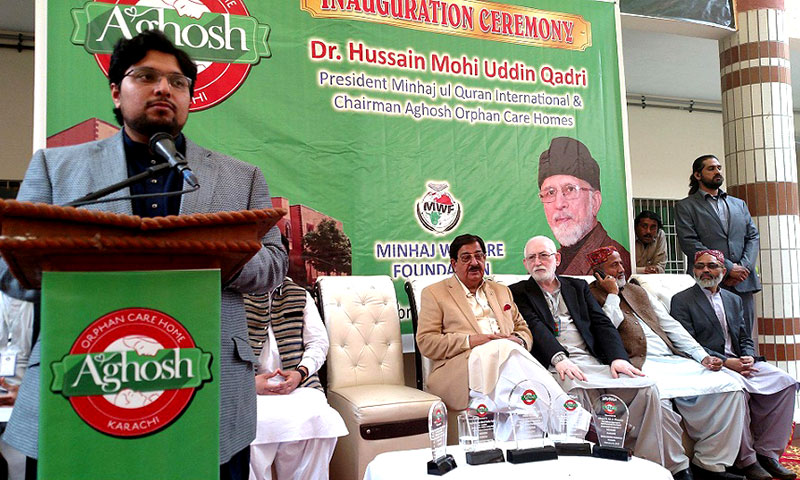 The MQI President threw light on the services that MWF is rendering in the field of human welfare under the aegis of Minhaj-ul-Quran International. He said that while the people continue to suffer a great deal of pain, the rulers remain unmoved. He said that it is the welfare organizations that are reaching out to the suffering humanity. He said that MWF has planned to build 12 institutions of Aghosh after the one set up in Karachi. He asked the affluent sections to come forward and take active part in this noble deed.

Director Aghosh Karachi, Masood Usmani, threw light on the salient features of the project. He said that arrangements for provision of good boarding, lodging, educational and medical facilities to 500 children of the poorest of the poor families have been made. He said that the doors of Aghosh Karachi are open for the helpless and destitute children. He further said that MWF will set up medical clinic and provide ambulance service in 14 towns and 6 districts of Karachi.